There's not much to write about this year, but I may as well all the same.


This time around, the group I was with was pretty much the same as last time I remember writing about the first day of duck season. The only difference was that my brother couldn't make it. Otherwise, it was my dad and I and one of his neighbors and his dad.

Considering the number of ducks we saw around before the start of the season, it was a rather poor season opener. Between the four of us, we only got eight blue-winged teal and two Canada geese.

Of course, part of the reason for that is that it would have been a pretty nice day for doing just about anything else. It was clear skies and sunny out. The only thing we had in our favor was the wind.

Another thing that didn't really help was that there were people just on the other side of the road from the place we were hunting. Once something got up where we were and went that direction, it was pretty much gone for good.

In the end, though, it's for the best that we only got what we did. None of us are especially good at getting around in mud any more, and that's the kind of place we were hunting in: lots of mud where the ducks were.

So, my dad and I took the ducks, the neighbor guy took the geese. I'm not entirely sure what will happen with the geese, but at least we're pretty much set for Thanksgiving dinner now.

And that was the duck season opener this year. 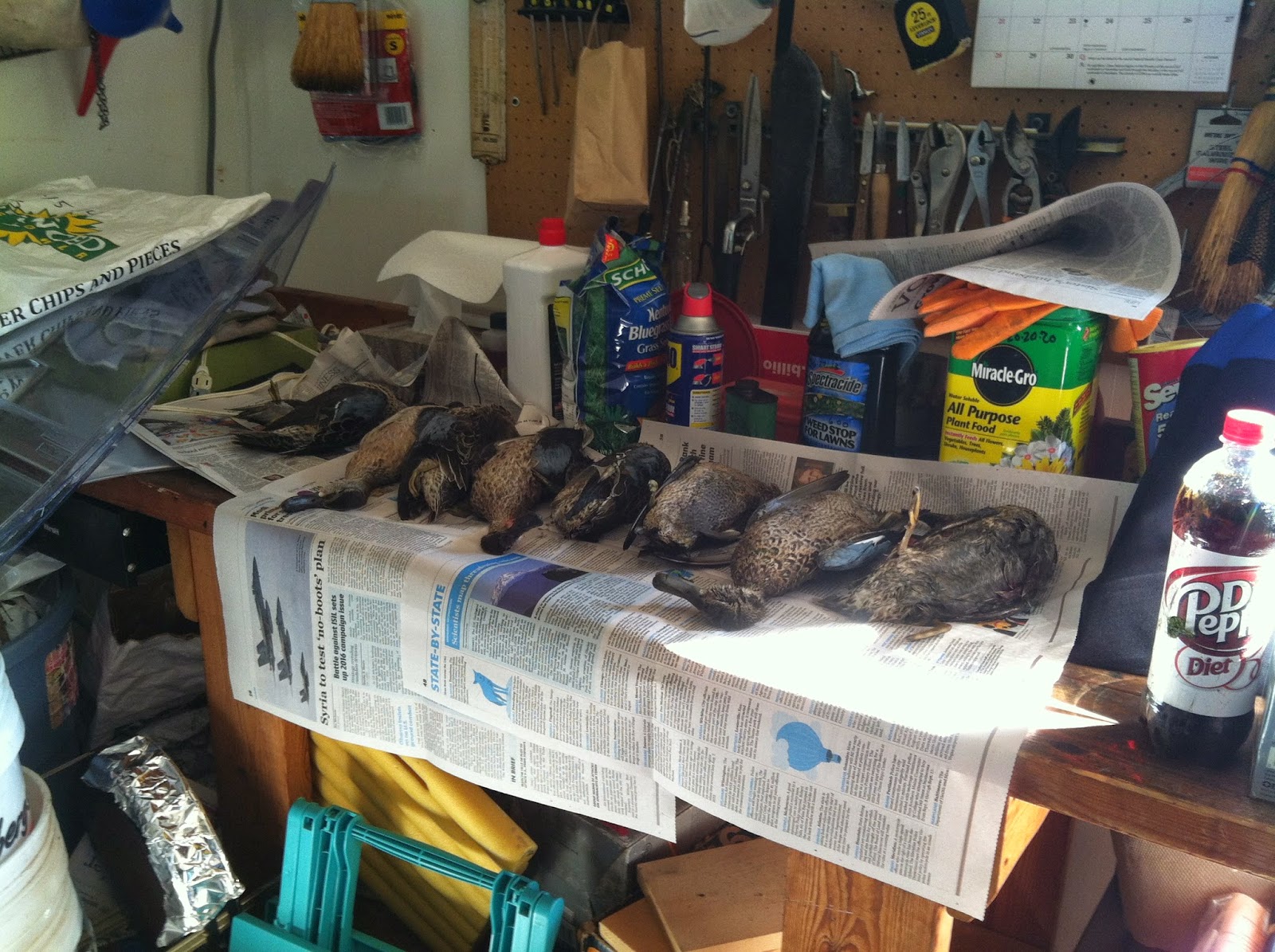